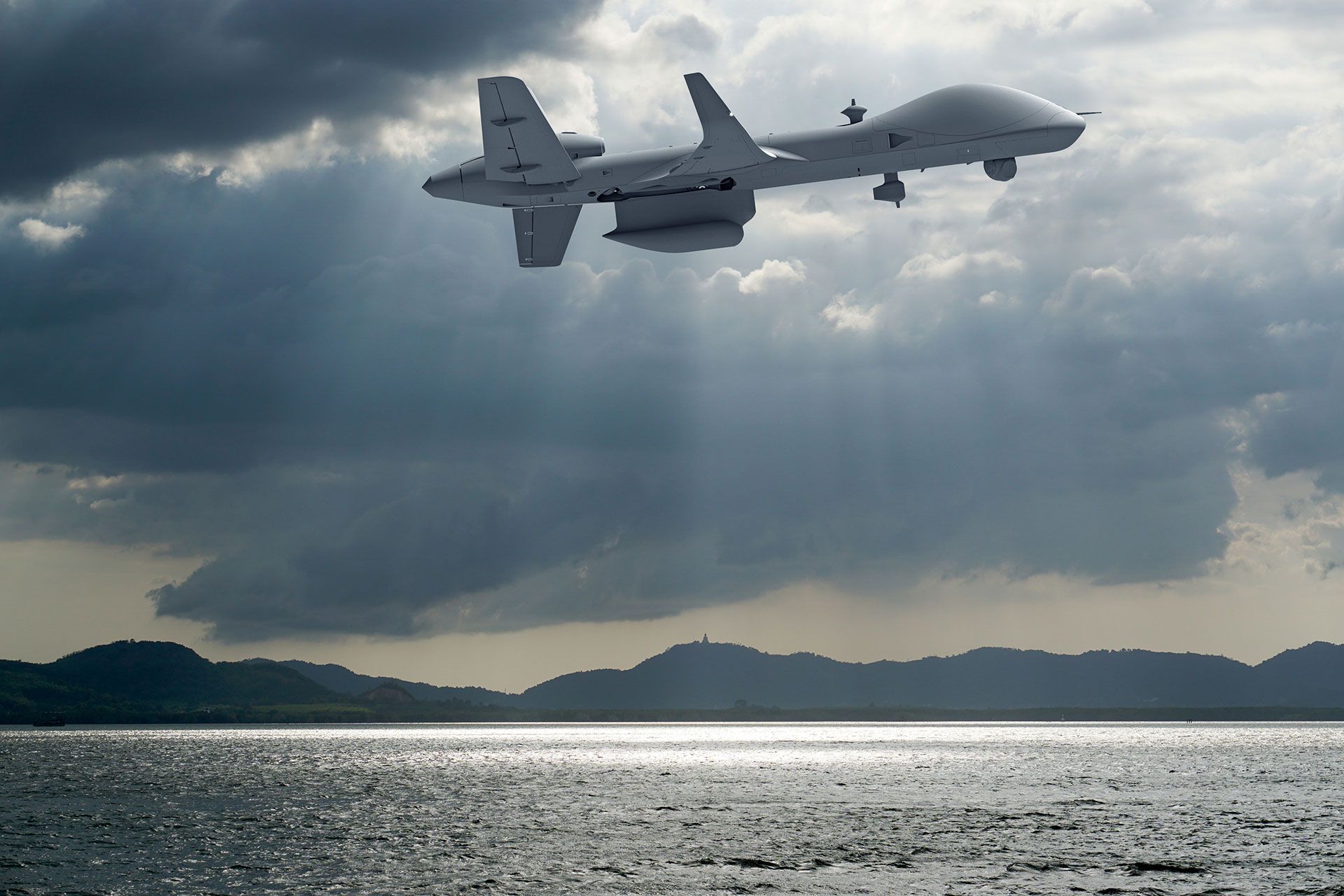 WASHINGTON – The U.S. Navy and General Atomics in November used sonobuoys dropped from an MQ-9A Block V Reaper to track a simulated submarine target on a U.S. Navy Pacific test range, in what the contractor says is the first time an aerial drone has deployed a self-contained anti-submarine warfare system.

The Reaper deployed a mix of 10 sonobuoys – deployed to measure water conditions and monitor for targets – then received and transmitted the data in real time to a monitoring station at Laguna Flight Operations Facility located at Yuma Proving Ground in Arizona.

The test was part of the development of the MQ-9B SeaGuardian drone, which is part of a research and development project in conjunction with the Navy’s Naval Air Systems Command. If the Navy can make this concept of operations work, it has the potential to significantly lower the cost of submarine hunting and free up larger, more expensive manned sub-hunting platforms such as the P-8A Poseidon, to act as a command-and-control platform.

According to a General Atomics readout of the test, the MQ-9B SeaGuardian will have four wing stations available to carry up to four sonobuoy dispenser system pods, packing up to 40 ‘A’ size or 80 ‘G’ size sonobuoys.

“This demonstration is a first for airborne ASW. The successful completion of this testing paves the way for future development of more Anti-Submarine Warfare capabilities from our MQ-9s,” said General Atomics Aeronautical Systems President David Alexander in a statement. “We look forward to continuing collaboration with the U.S. Navy as they explore innovative options for distributed maritime operations in the undersea domain.”

Doing airborne anti-submarine warfare is an all-around cheaper way to do ASW than with multiple P-8As, which cost much more per flight hour, said Bryan Clark, a retired submarine officer and senior fellow at Hudson Institute who co-authored a recent ASW study that looked at this concept.

“What it does is it allows now the P-8 doesn’t have to be the only thing that delivers the sonobuoys,” Clark said. “So the P-8 can start to step back to be more of a [command and control] platform, it doesn’t have to service all sonobuoy fields.

“Right now what has happened is a P-8 goes out, drops all the sonobuoys and hangs around burning flight hours while it monitors the sonobuoy field. And of course, you’ve got to have multiple P-8s to be able to cover the area. Whereas with this idea, you could have MQ-9s doing the deploying and the servicing of the sonobuoy field at a much lower flight hour cost.”

The limitation is that the P-8As have a much larger capacity for sonobuoys, which over large areas means they’ll still be important, Clark said. But with the support of drones able to receive and process data, you won’t need to risk as many P-8As to service the sonobuoy field, making the whole operation cheaper.

“It really breaks the cost structure of the current ASW concept of operations,” he said.

The Media Have Finally Realized That Cuomo and Newsom Are Terrible. Will Voters? – Reason.com