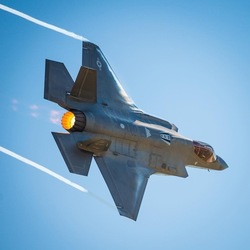 Being able to fly by the seat of your pants is still an important skill for a fighter pilot. Although modern fighters have an incredible array of sensors that feed them real-time information out to the horizon, a good pilot still listens to how the aircraft is talking to them.

When aircraft were introduced in the early 20th century, most of them had limited-if any-instruments. Pilots flew them based on feel. Because the seat is the primary contact point between man and machine, the term seat of your pants was coined, although in actuality it…

Iran Will Still be a Slog

Mourinho explains why Bale has been stuck on Spurs sidelines