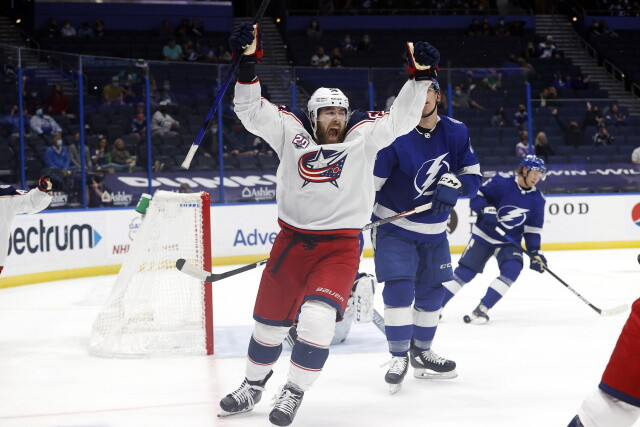 “It’s not easy, they’re going to have to move some stuff around, but I think they think they can win it again — and they should think that — and I think they go after someone like that.”

Jets need at the deadline

TSN: Sara Orlesky and on what the Winnipeg Jets could be thinking ahead of Monday NHL trade deadline.

“With the trade deadline a week away, a lot of eyes will be on Winnipeg Jets general manager Kevin Cheveldayoff over this next week to see what, if any, moves he makes to bolster this Jets roster.

While all is quiet now, he has said recently that he wouldn’t be afraid to go all-in on this Jets season if the right fit was there.

In recent trade deadlines, the last three, an emphasis was more on acquiring depth down the middle. Specifically, someone to fill that role at second-line center. First, it was Paul Stastny, then Kevin Hayes, and last season Cody Eakin. Having traded for Pierre-Luc Dubois earlier this season, as well as having reacquired Paul Stastny in the offseason, that isn’t an issue this year.

Paul Maurice rolls his four lines and they have depth upfront. With Connor Hellebuyck and Laurent Brossoit in net, goaltending is also taken care of.

That leaves the blue line as the area most likely to be addressed during this trade deadline. It’s no secret that they are looking for someone to play in the top-four role and it would ideal if they had size and experience. Something that this current defensive corps doesn’t have a lot of right now. It will be that much more important given their schedule towards the playoffs. That postseason push as well the ice-time and roles that they would be expected to fill.”

Leafs look to rebound from Habs loss against the Flames – with David Rittich in net? – TheLeafsNation