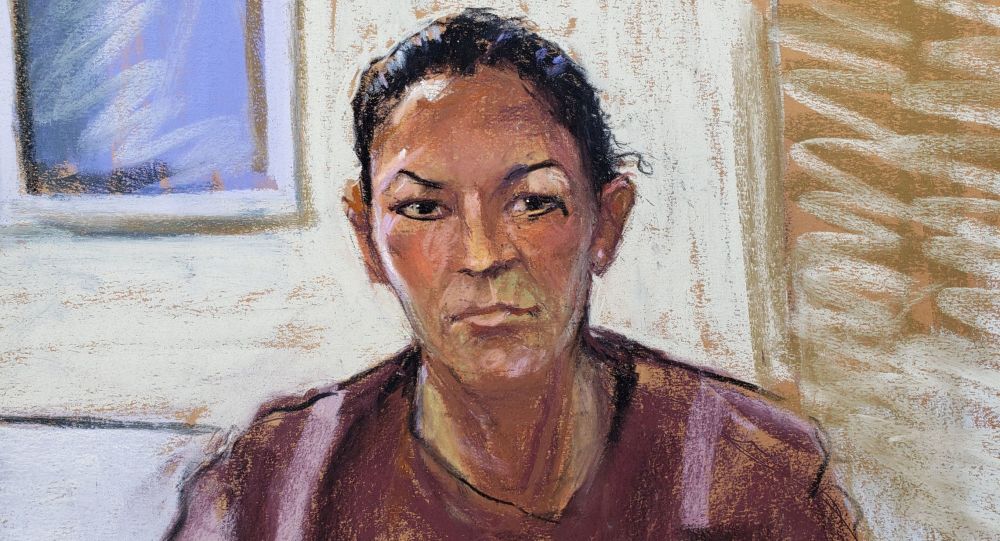 Jeffrey Epstein’s former girlfriend, Ghislaine Maxwell, is facing charges for six federal crimes including sex trafficking and enticement of minors for future sexual assault by her millionaire friend. The publishing heiress denies the accusations and is trying to be released from prison on bail, having been arrested in July.

Ghislaine Maxwell is trying for the third time to be freed on bail – this time offering up her British and French citizenships in a bid to persuade the court that she is not a flight risk and would not leave the United States if released, according to a court document cited by the New York Post.

“Ms Maxwell will renounce her French and British citizenship to eliminate any opportunity for her to seek refuge in those countries, if the Court so requires,” the socialite’s defence said in a filing submitted to Brooklyn federal court.

Maxwell’s defence added that citizenship was “a precious and priceless asset”.

Ghislaine Maxwell appears via video link during her arraignment hearing where she was denied bail for her role aiding Jeffrey Epstein to recruit and eventually abuse of minor girls, in Manhattan Federal Court, in the Manhattan borough of New York City, New York, U.S. July 14, 2020 in this courtroom sketch

“Ms Maxwell’s decision to give up citizenship from the country of her birth and the country of her upbringing demonstrates her earnestness to abide by the conditions of her release and underscores that she has no intention to flee,” the legal team went on.

According to her defence, Maxwell needs her freedom before the July 2021 trial “to communicate freely with counsel to prepare for her defense”.

The 59-year-old British socialite and naturalised American citizen was arrested in July 2020 over claims that she has been involved in sexual assaults and sex trafficking of dozens of young women alongside her late friend Jeffrey Epstein.

Epstein was found dead in his prison cell in August 2019 while awaiting trial in relation to sex-trafficking accusations.

Epstein’s former girlfriend has already made two other requests for bail that were rejected by the judge who agreed with with the prosecutors’ arguments that Maxwell was a high flight risk and could escape the country given the opportunity to do so. A $28.5-million-bond proposal offered in December did not convince them and the 59-year-old “madame” has stayed behind bars.

This time her defence made a number of other arguments and offers to the court in the hope that they will convince the judge that Maxwell is determined to follow her bail conditions: including a proposal to secure her and her husband’s millions in assets at a special bank account to be monitored by a former US judge.

Without substantial funds – her family would keep only a half-million dollars for living expenses and some $7 million for legal fees, lawyers say – Maxwell would not have the means to leave the country.

In this July 2, 2020 file photo, Audrey Strauss, Acting United States Attorney for the Southern District of New York, speaks during a news conference in New York, to announce charges against Ghislaine Maxwell for her alleged role in the sexual exploitation and abuse of multiple minor girls by Jeffrey Epstein

According to Maxwell’s attorneys, she “has already been denied a fair chance in the court of public opinion” while “depicted as a cartoon-character villain in an attempt to turn her into a substitute for Jeffrey Epstein.

“She has been maligned by the media, which has perpetuated a false narrative about her that has poisoned any open-mindedness and impartiality of a potential jury,” the court filing says.

Jeffrey Epstein’s associate, who has been charged with six federal crimes, including grooming of minors for further sexual assault, has been “relentlessly attacked with vicious slurs, persistent lies,” her team believes.

But Maxwell is still determined to “face her accusers” and “clear her name” in the court in July, they argue, and thus needs the opportunity to prepare with her legal team.

“The additional proposed bail conditions should quell any concerns that she would try to flee,” the court document says.

The judge has yet to decide whether to allow Maxwell to walk out of the prison on bail. She denies all the accusations against her and pleaded “not guilty” to the charges.

Putting Life at the Centre

Her Boss Sent Harassing Texts. So She Beat Him With a Mop.

The Philippines filed fresh diplomatic protests to China on Wednesday after accusing its giant neighbour of undertaking illegal fishing and massing more than 240 boats within the country’s territorial waters. : worldnews